Our Jeet Kune Do Class follows the guidelines of Sifu Richard Bustillo of the International Martial arts & Boxing Academy (IMB). The IMB Academy takes a non-traditional approach towards Martial Arts training, focusing more on the individual and less on the style in which they study, because no single martial art style is applicable to each and every person. Students, as individuals, are different in size,
physical ability, interest level and goals. The "JKD" classes provide a controlled atmosphere that
allows IMB students to safely experience multiple types of disciplines. This process enables them
to absorb that which is most practical and functional.

We supply you with the three basic ranges of various martial art disciplines. You practice them
on your own and make your own decisions on what best fits your needs. Every individual, based on their abilities and experiences, has their own unique (Jeet Kune Do) way. IMB takes the position that, "These are some of our principles, theories, and concepts that are practical,  simple and direct." We don't want to teach you only martial arts. We want you to be able to develop it. This philosophy is called Jeet Kune Do. Also in this class we offer Doce Pares Escrima. You will be taught to work with the Escrima sticks (2), Single Stick, knife and empty hands.

Internationally recognized as an expert in the martial arts, Richard Bustillo is frequently sought after to conduct seminars throughout the world. Drawing from over 45 years of experience, Bustillo possesses a wealth of knowledge and a very unique and motivating teaching style. With a long list of accomplishments and credentials, Bustillo is a member of Black Belt's 1989 Hall of Fame - Co-Instructor of the Year, an inductee to the World Martial Arts Hall of Fame, Martialinfo.com 2001 Hall of Fame, and United States Martial Arts 2002 Hall of Fame. Richard Bustillo is a certified law enforcement defensive tactics instructor and a member of the American Society of Law Enforcement trainers. He is also certified with the Olympic Training Center as a coach and official with USA Boxing, and a Kru in Muay Thai. Credited as being one of the major contributors to revive the Filipino Martial art of Kali / Eskrima / Arnis, Bustillo is recognized by the Council o Grandmasters of the Philippines as Ninth degree Black Belt (Grandmaster) in Doce Pares Eskrima. However, he is best known for his training under Bruce Lee and Jun Fan Jeet Kune Do.

A native of Hawaii, Richard has over 40 years of martial arts experience. He began judo
training at age 8 at the Gray Y Center in Palolo Valley, Hawaii. He learned to box at age 10 in
Kalihi Valley and competed in 'Biddy Boxing' and 'PAL' boxing under the Veterans Boxing Club
in Honolulu's Aala Park.

At age 14 Richard practiced the Kajukenbo system with the Kempo/Karate Club of Waipahu until graduating from St. Louis High School and moving to California to pursue a college education. While a college student at age 19, Richard competed in boxing tournaments such as the Golden Gloves, Silver Gloves, Blue & Gold and other amateur boxing shows for Shaw's Boxing Gym in Los Angeles. At age 24 Richard studied Jeet Kune Do under the legendary Bruce Lee at the Jun Fan Gung Fu Institute in China Town, Los Angeles.

In 1967, with training partner Dan Inosanto, Richard researched and studied the Filipino martial arts of kali / escrima / arnis. Richard and Dan are currently credited and honored worldwide for reviving and promoting the martial arts of the Philippines. In 1976, Richard was promoted by Sifu Inosanto to senior instructor level in Bruce Lee's Jun Fan Jeet Kune Do.

Mr. Bustillo was certified by the USA Olympic Training Center as a coach and official for the U.S. Amateur Boxing of Southern California. He is a certified Sensei (instructor) with the Catchascatchcan Wrestling Association of Japan and a Guro (instructor) in the Filipino arts of Kali / Escrima / Arnis. Mr. Bustillo is also an inductee to Black Belt's Hall of Fame - Instructor of the Year and to the World Martial Arts Hall of Fame - Pioneer Award. He was awarded a ninth degree and the title Grand Master by the fame Doce Pares organization of Cebu City, Philippines.

When Mr. Bustillo is not coaching or officiating boxing/kickboxing, or conducting martial art seminars around the country or aboard, he is on patrol as a Reserve Sergeant with his assigned Emergency Service Detail Marine Reserve Co. 218. A Search & Rescue Team of the Los Angeles County Sheriff's Department. Richard is a member of the National Association of Search and Rescue, a member of the California Reserve Peace Officers Association, and the California Association of Public Safety Divers. He is also a member the American Society of Law Enforcement Trainers and a member of the Council of Grand Masters of Cebu, Philippines.

After managing the personnel department of a Los Angeles major airline for three years (as the culmination of a twenty-year career); Mr. Bustillo elected early retirement in 1986 to be a full time martial artist. A service to society and its community by improving a sense of safety and confidence to students' total well being and self-worth.

Get Started Today!
Tap To Call

ATTN EVERYONE! PLEASE DO NOT DRIVE BEHIND BUILDING WHEN LEAVING 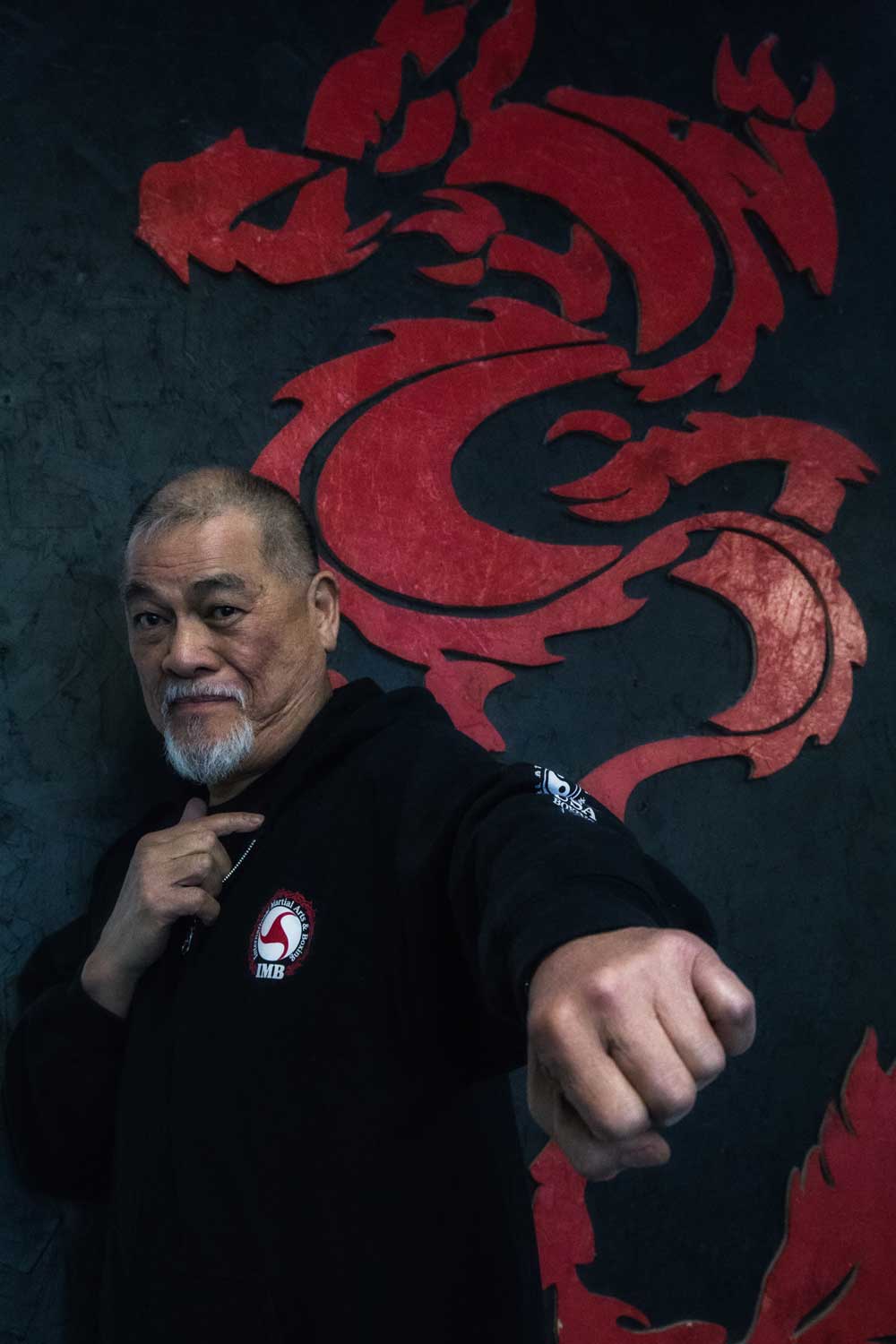 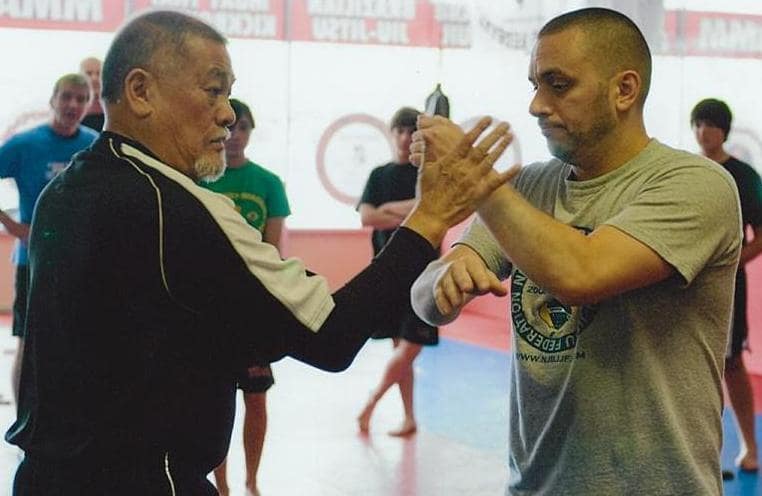 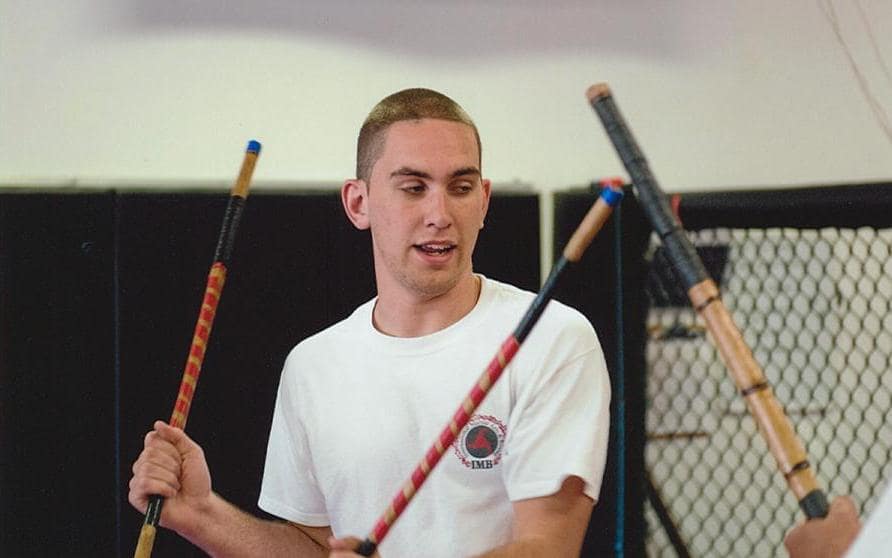 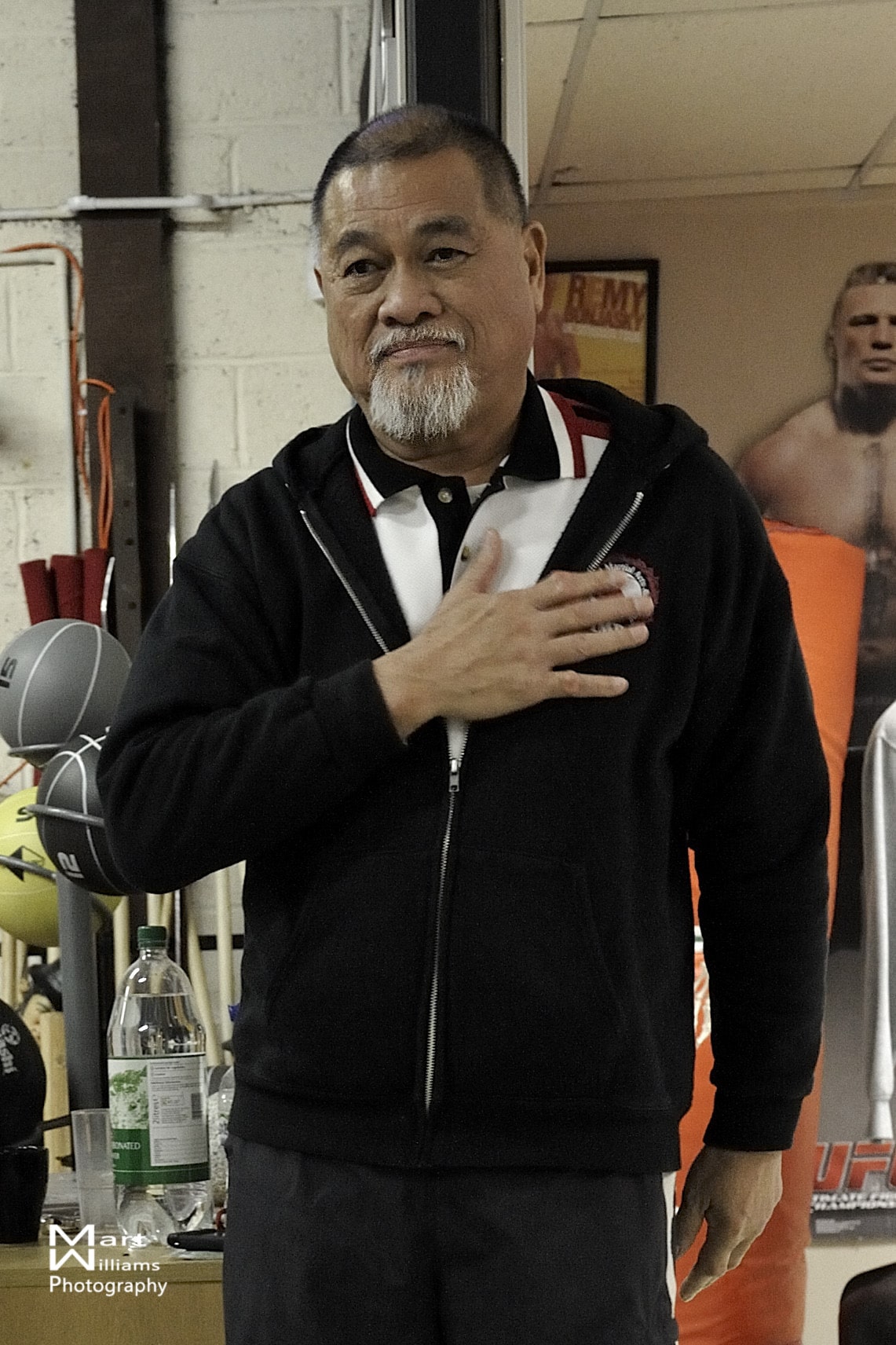 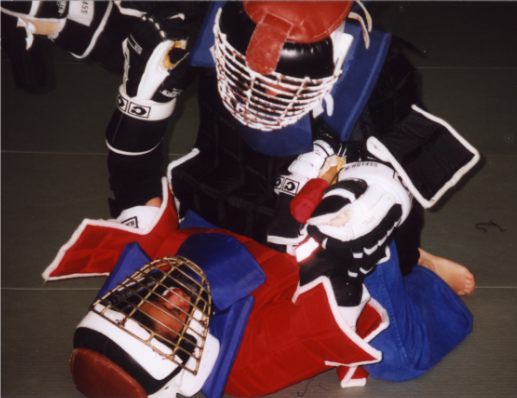 Contact us for a FREE TRIAL CLASS! Beginner Programs Available!